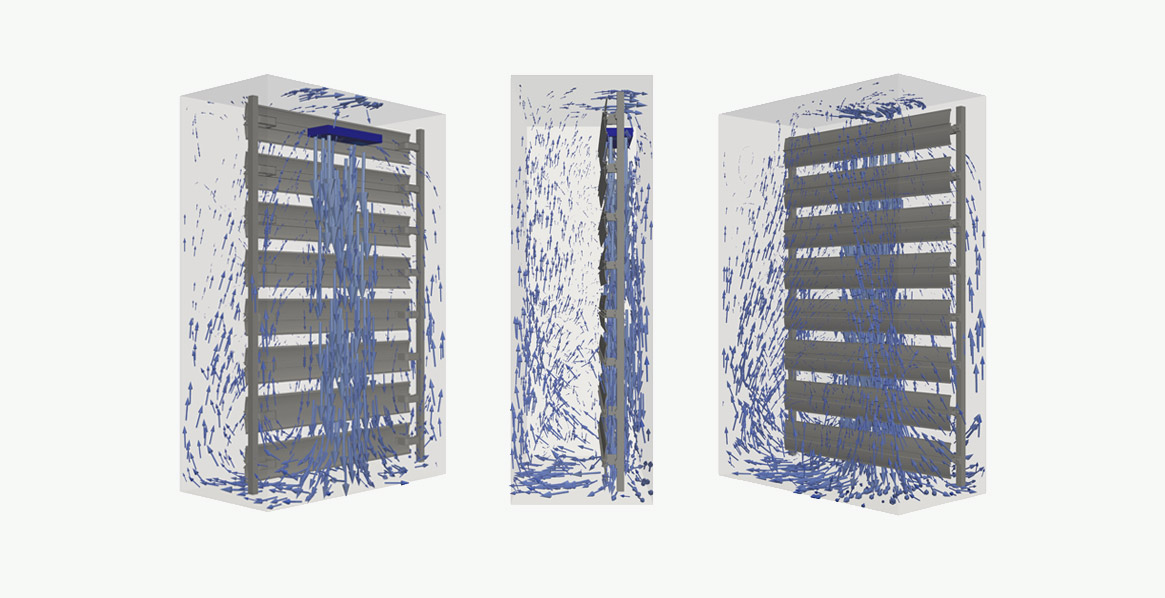 A series of measurements taken in practical situations shows the benefits of the AirBLOWER control cabinet fan for needs-based cooling of control cabinets.

The fan system, which is designed for use with the duct-free AirSTREAM wiring system, homogenizes the climate in the control cabinet and breaks up the temperature layers that are created when hot air rises. The practical measurements also highlighted something amazing: the simultaneity factor* in one of the examined control cabinets was only 40 %. If this is taken into account when calculating effective power loss in the control cabinet, new possibilities arise with respect to needs-based air conditioning, reduction of total energy costs and CO2 savings.

Knowledge of the operating conditions is important when designing the air conditioning equipment in control cabinets. As these conditions are difficult to specify precisely, calculations usually factor in large safety reserves. A practical example shows the potential of needs-based air conditioning and how this can be tapped without compromising the operational safety of a system. During the course of the long-standing cooperation between LÜTZE and the Institute for Building Energy, Thermal Engineering and Energy Storage (IGTE) of the University of Stuttgart, practical measurements as well as detailed theoretical examinations were conducted. For instance, it was possible to make very precise predictions about the air current situation and the expected temperatures for various operating conditions.

During the test series, temperature measurements were taken in control cabinets used in industrial environments. These measurements are also required to validate theoretical examinations. The following is a detailed explanation of the results of the test series for one of the examined control cabinets, specifically, an assembly cabinet that controls a cyclic assembly process. This cabinet does not have any cooling equipment and works with a free cooling principle. According to the data provided by all manufacturers about the nominal power loss of the respective parts, a power loss of 500W dissipates into the control cabinet. If, in this case, a calculation is conducted with the heat analysis software AirTEMP that takes into account the spatial power loss distribution, temperatures of up to 73 °C can be expected in the air at the top of the control cabinet that works with free cooling (no air conditioning equipment). A simultaneity factor of 100% was used here. It was not possible to confirm the temperatures predicted under these conditions in the practical measurements. In fact, the temperatures in practice were far lower due to the much lower simultaneity factor. However, the temperatures measured in the control cabinet still exceeded the allowed level. Therefore, the control cabinet was equipped with an AirSTREAM. 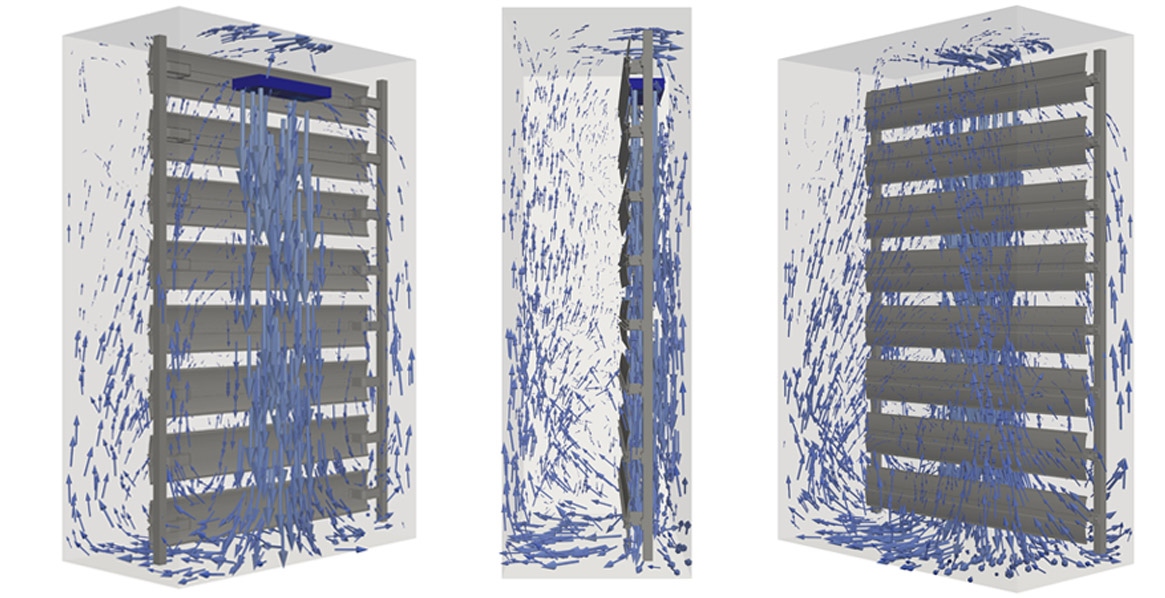 Figure 1: Circulation flow around the AirSTREAM frame with a fitted AirBLOWER fan system

The remaining temperature fluctuations towards the end of the measuring cycle are due to the time-related clocking procedure of the system. The efficiency of the AirBLOWER fan mechanism was particularly impressive on examination of the temperatures in the upper and lower area of the free air volume in the control cabinet. The respective temperature curves are clearly shown in the lower section of Figure 2 and  how that activation of the AirBLOWER completely dissipated the height-dependent temperature layering in the control cabinet. The targeted circulation current mixes with a high percentage of the control cabinet air and the parts are cooled more efficiently. 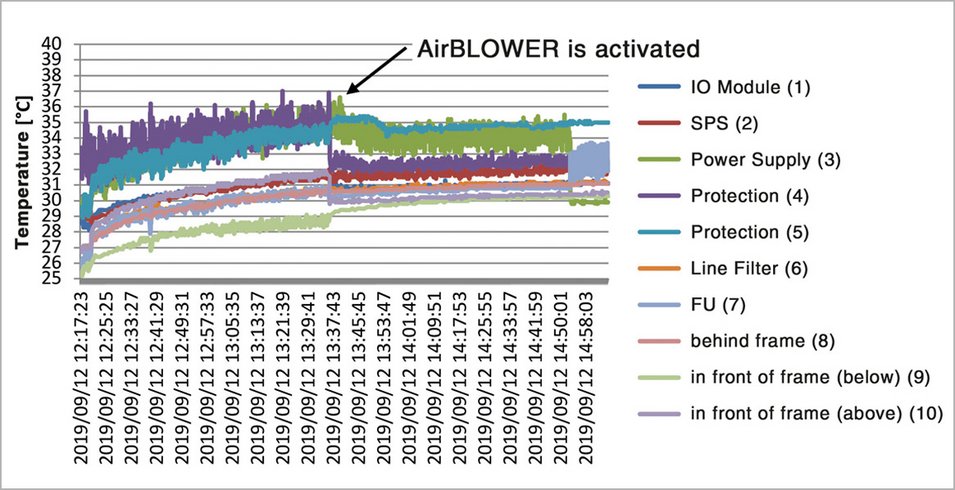 Figure 3: Comparison of free cooling and operation with the AIRBLOWER for simultaneity factors of 100 % and 40 %

Controlling the climate in the cabinet

The homogenous moderate air temperatures (30 °C in the free air volume) increase the lifespan of the parts and reduce the probability of system failure. In permanent operating mode, the power consumption of an AirBLOWER is an average of 20W, which is negligible compared to an air conditioning unit.

The transition range in which a system can be operated without an air conditioning device can be increased, if the system is operated with an AirBLOWER. However, it is not possible to dispense with an air conditioning unit when the released power loss tolerance is exceeded and the expected permanent ambient temperature is high.  Here too, the AirBLOWER helps by reducing the operating time of the air conditioning unit as far as possible. This also allows the best possible distribution of the energy-intensive cold that is produced. Homogenization of the inner temperature is a way towards needs-based cooling of control cabinets because only the cooling power that is actually required is supplied. In a next step, it is important to assess in detail the available potential to allow statements to be made about the reduction of operating costs and a reduction of the CO2 footprint. Other practical and theoretical examinations in this field are planned.

* The simultaneity factor takes into account the fact that all parts in a control cabinet are never operated at full power at the same time.